Global Mission: Reaching to the unreached 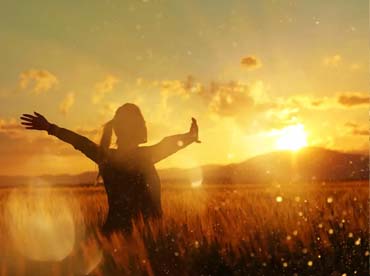 Single but looking? Not!

Beloved, I have asked the Lord to use me in sharing my experiences as a single Christian woman to bless others and encourage them in their walk. I believe the Lord is honoring this prayer in my life. Believe me I have been through the fire in this area, and I want to share with you what I have learned.

“What is a nice, beautiful girl like you doing single?” “Well if I was only 30 years younger and single I would be running after you.” “Don’t worry dear, God has a man for you, and he’ll show up when you least expect it.” “Have you tried going around to different churches looking for single men?” “We love you and we want to see you as happily married as we are.”

These are just a few of the well-meaning, but off-the-cuff responses I have heard in my 29-year-old single life. I know they were probably all said with good intentions but some of these sayings have really brought some confusion into my life.

Why am I single?

Funny you should ask? Well honestly, it’s because the Lord has called me to it. I came into this idea of singleness kicking and screaming but now I have found a joy and a peace in knowing I don’t have to marry.

Let me explain. I used to date quite a bit when I was a teenager. I longed for love, someone to hold my hand and make me feel special. I felt left out if I had no-one. I guess dating and men became my idol. Even after I got saved the desire for a man was there, but now I felt myself fighting against God. My first love was a non-Christian young man on the campus of a junior college in Pennsylvania. His friends and his life conflicted with mine, and yet I was sure the Lord would save him and we would live happily ever-after. Well the Lord finally told me one day to break it off because He was not going to share me with anyone else. It was either the heathen or God! So, I chose God, but it wasn’t easy. It took me a long time – 10 years to be exact. I had off and on contact with this young man. We talked on the phone often and visited sometimes. Finally he got saved in my church. “Praise God,” I thought, “this was it. God had been planning this wedding for 10 years. Oh the testimonies we would give and oh the joy we’d have!” However, my bubble was burst when I finally realized that he wasn’t totally sold out for Jesus. He was battling with something the Lord told him to give up. I kept encouraging him but he ignored it. The last step was that he found another girl and got engaged to her. Then he asked me to not be a part of his life anymore.

“Lord, How could this happen? I prayed, I sought your face, but I missed it again.”

In answer to this question I felt like the Lord was telling me that this idol had to be removed completely from my life. Moving on in life after the initial first-love, I went on in college and felt the Lord tell me to stop dating. I tried it for a few years and I learned a lot about myself, how to enjoy friends, and the Lord. But then, the Lord called me to go to Georgia on a mission. I latched onto the first man I met there. “I have been good- I have been single-I have prayed, surely the Lord is blessing me this time – this is the man I will marry.” Only I overlooked a few items: no job, no ambition, no spiritual power to be the head of a household. Whoops! I screwed up again. Two years later, after a lot of stress and mental anguish, I finally faced the fact that I had done it again. It was only the Lord who gave me the strength to leave that binding situation and return home to my parents and start life over again.

Moving on in years I dated 2 more times but nothing worked out. Finally, broken-hearted, I said, “Lord, okay you win. I won’t date anymore.” I have screwed up many times, gotten myself hurt and burnt, messed up my walk with You and fallen. Where do I go from here?” To my surprise I found that the Lord had been waiting all those years for that response. He quickly picked me up, and cleansed me from all the filth of the past. Then He gave me a new garment and set my feet in a strong place again.

I never dreamed how good singleness could be. I never knew, until I finally abandoned all to Jesus, that He was my husband, that I am not alone and single, but that I can enjoy quiet and being alone with Him. The Lord has spoken to me in so many ways. I wanted an engagement ring after all I had been through. The Lord supplied me one with 3 rubies surrounded by a gold heart, which symbolizes the Father, Son and Holy Spirit’s love towards me. I have been wearing this ring, which only fits on my ring finger, for 3 years now and it is a powerful reminder to me that I belong to Jesus.

Now what am I saying? That you should stay single forever? No, I am not saying that. But I am burdened for this generation of young single people to find your first-love in Christ. Let Him be the one to fulfill your dreams, your needs, your desires. Only Jesus can fill our hearts’ desires anyway. The world has been fooled into a lie that a mate will solve all your problems, and meet all your desires. Then why is the divorce rate so high – even among Christians? The Church has overlooked the passage in Matthew 19:11-12 where Jesus explains to His disciples that sometimes it is better to remain single than to marry and divorce. “But He said to them, all men cannot receive this saying, save they to whom it is given. For there are some eunuchs which were born from their mother’s womb: and there are some eunuchs which were made eunuchs of men: and there be eunuchs, which have made themselves eunuchs for the kingdom of heavens sake. He that is able to receive it, let him receive it.”

A eunuch is someone who has no sexual contact and has been set aside for service to the king. Now notice it also says that this passage is only for those who can receive it. Not everyone can receive it. And The Bible also says there is nothing wrong with a virgin getting married to avoid burning with passion. Paul, one of the most famous single people in the Bible tells us in 1 Corinthians 7:7-9 “For I would that all men were even as I myself. But every man hath his proper gift of God, one after this manner, another after that. I say therefore to the unmarried and to the widows, it is good for them if they abide even as I. But if they cannot contain, let them marry: for it is better to marry than to burn.”

Now, I am not a crazy person of whom the Bible warns you to beware. Nor am I seeking to start some singles club for Jesus. But I am just a single person asking you to consider why we tend to ignore the things that we do not understand in the Word of God. Why is it that just because we can’t comprehend what Jesus said about singleness, that we rule it out as a valid God-fearing life style?

All I can say is that I am trying myself to comprehend it and learn of it. In submitting to the will of God in my life I have found joy unspeakable, peace beyond all imagination and a great satisfaction knowing I can just serve Him and He’ll take care of the rest.

Register yourself for mission trip

Our vision is that you will find your calling in Christ, whether it is being a missionary in another country or a missionary at home.